The Japanese TV programs in the 1990s was interesting.I watched those TV programs absorbedly.TV program called ‘Iron chef’ was televised by one of them.Cooks on behalf of Japan cook under the theme of one food and are TV program to compete for the taste. 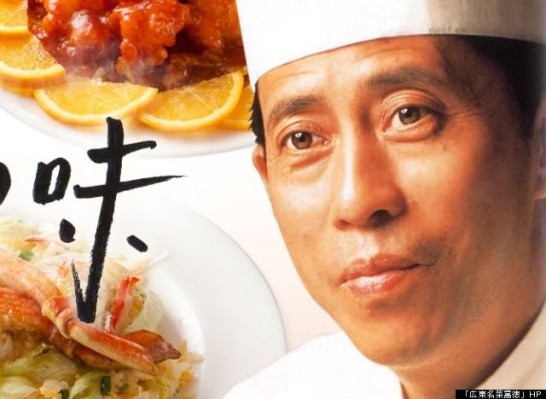 He died in April, 2104.We cannot watch his smile on TV anymore.We cannot eat ‘prawns mayonnaise’ which he cooks.Probably he will cook Chinese food in heaven.There will be many visitors attracted by his personality and taste.