It is Condom cookbook which is popular in Japan now.I think that it is very wonderful idea.The convenience looks good, too.There are opinions on the pros and cons of this idea in Japan.I intend to cook it in reference to this book by all means.You can download this book in Amazon.Because it is very cheap, you will not do the loss. 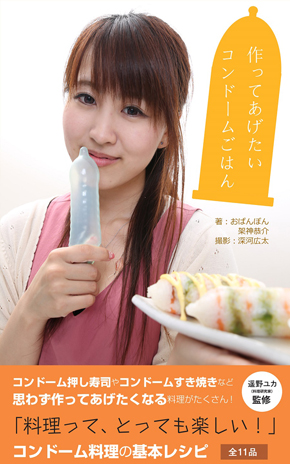 The spread of condoms

The condom wearing rate of Japan is the world worst No.3.The authors worried about a wearing rate of the condom being low in Japan.They think that condoms should spread through this book.OK, let’s cook with a condom!