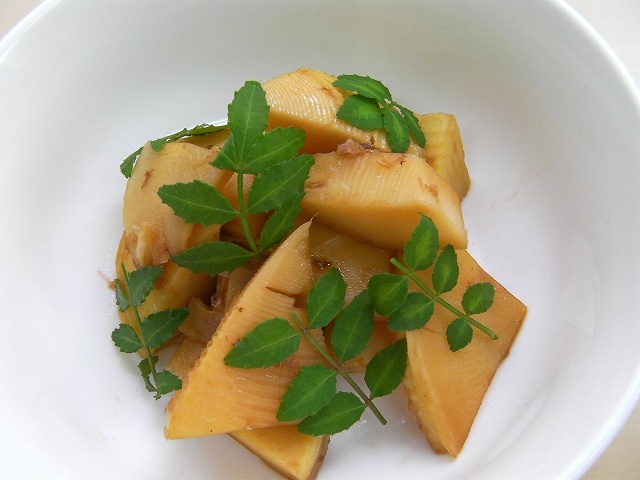 The season for bamboo shoots in Japan is from late march to mid-April.I cooked Simmered Bamboo shoots.It is called “Simmered bamboo shoots in Tosa” in Japan.A bonito is Tosa, Kochi of the special product.Because it is a dish to use the dried bonito, it is “Simmered in Tosa”.It is the basic dish of the Japanese food. 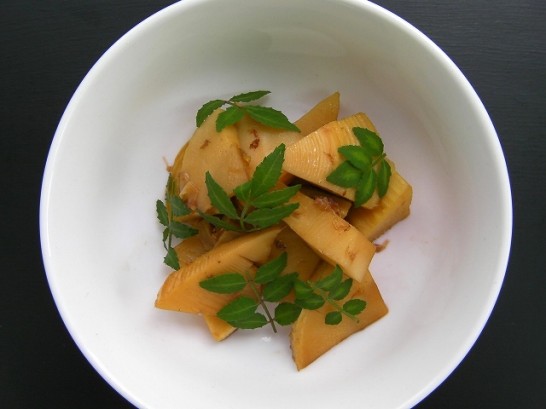 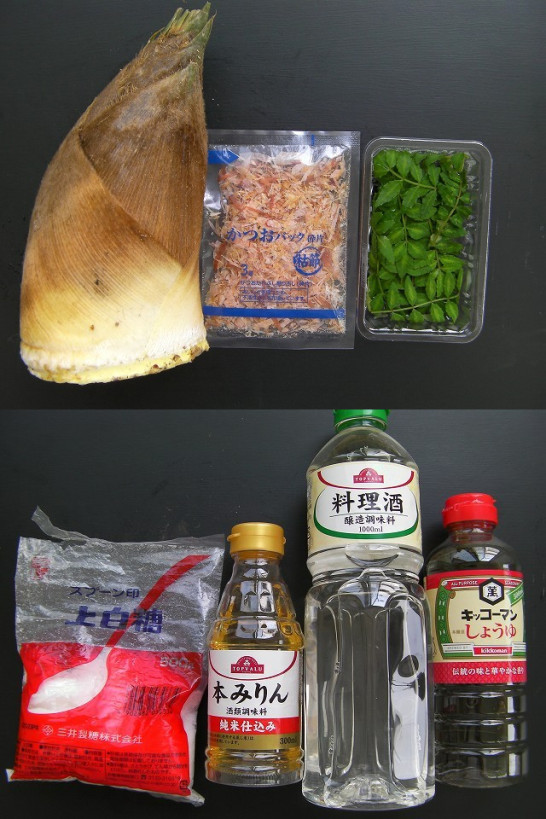 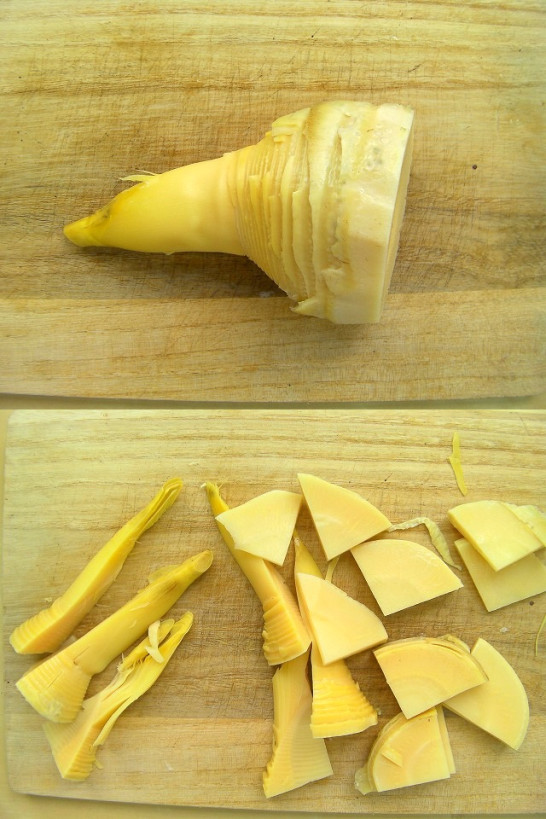 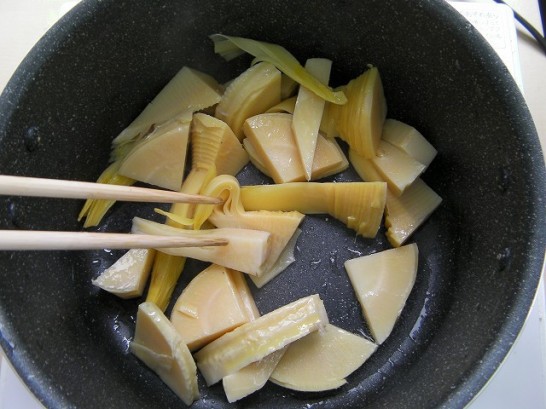 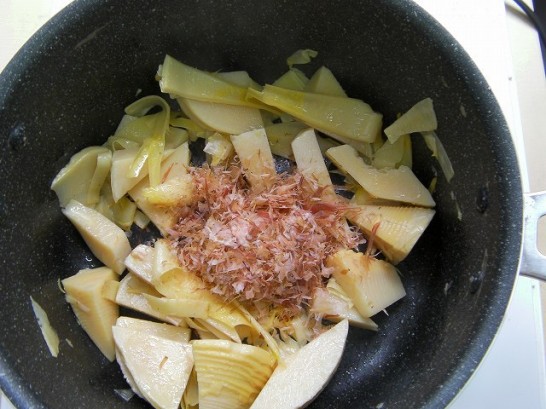 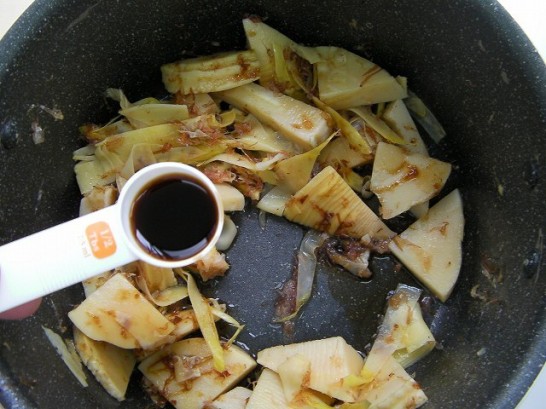 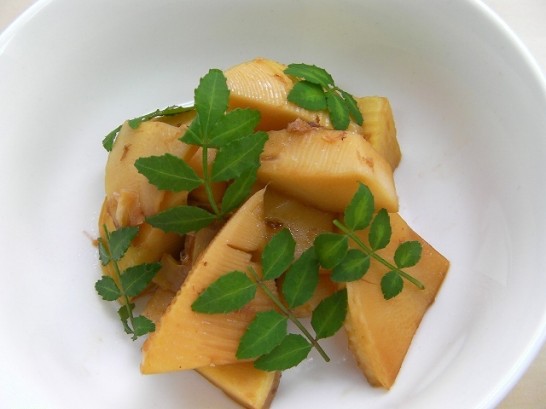 You can cook it in a short time if you buy canned food of the boiling in water in a supermarket.