The root of soy-sauce is regarded as Hishio (salted food).From the 1600’s, lots of soy sauce was being used for seasoning, and lot of strong soy sauce came to be produced in the suburbs of Edo(Tokyo).Soy-sauce is a seasoning which has been developed in Japan.Soy-sauce is a general-purpose liquid fermented seasoning with salty taste and strong savoriness, made from soybeans and wheat using Aspergillus oryzae and yeast, and it is mainly used in Japanese cooking.Who would imagine it that such a soy sauce was used in this way?Yes. It is soda of the soy sauce taste.Soy sauce soda???The Japanese loves soy sauce.But how about this? 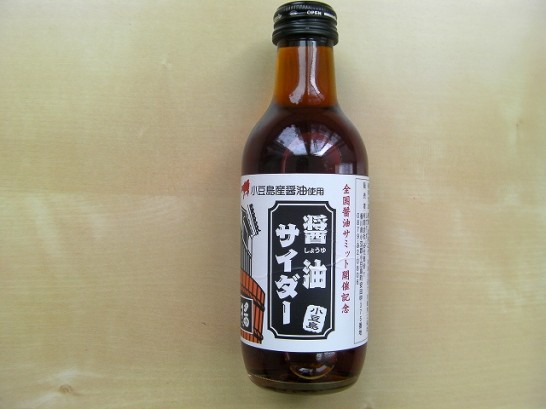 An island called Shodoshima is in Japan.The special product of Shodoshima is an olive and soy sauce.And the islanders wanted to appeal to the world for this soy sauce and seemed to make soy sauce soda.
What kind of taste is this?Is it salty? Is it sweet?Soy sauce is surely included when I watch ingredient indication.I drink. 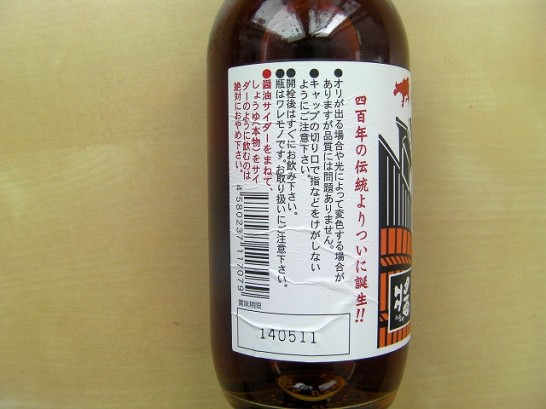 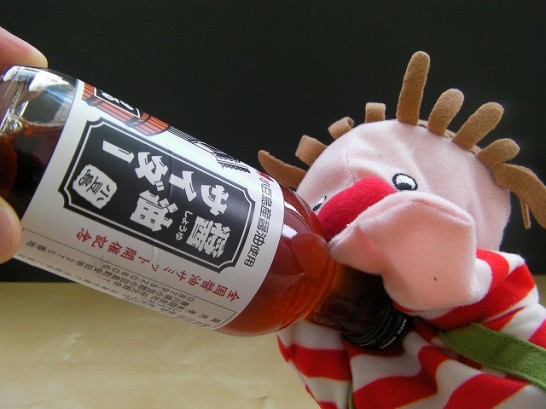 Ummmmmm・・・It is different from the taste that I expected and be delicious unexpectedly.It is sweet and is taste such as cola.Disappointing one does not taste of the soy sauce.Please never dip sushi in soy sauce soda. 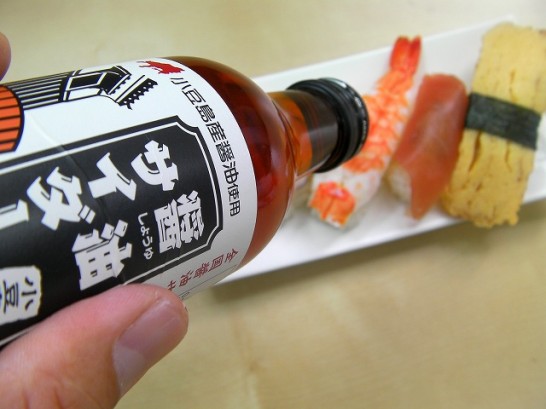