Matcha is Japanese traditional green tea.This is tea of steamed buds of tea trees. It’s popular in Japanese tea ceremonies.It is believed that this new way to prepare matcha to drink (tencha-ho method) came into being during the 10th century.The method for tea drinking, most probably the Dancha-ho method, was transferred to Japan in the beginning of the Heian period, while matcha method (the method using powdered tea) is considered to have come to Japan in Kamakura period.Matcha is a tradition.Such a matcha became the crunch. 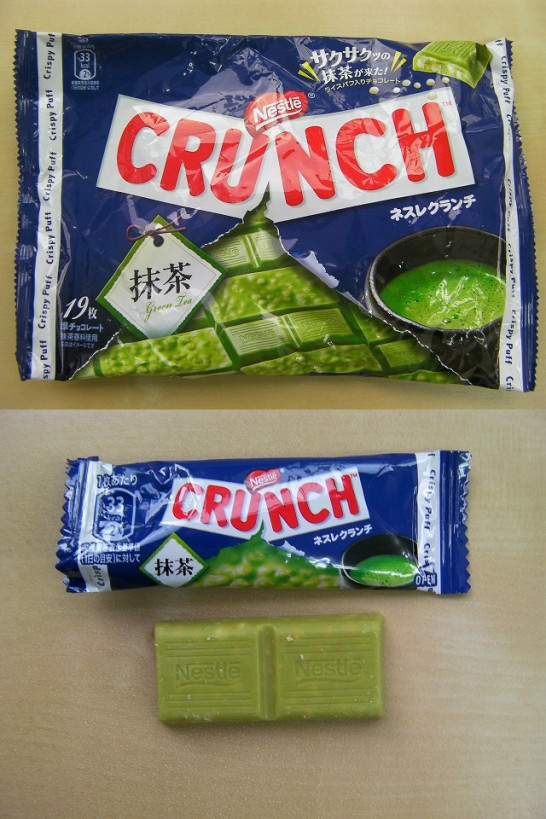 It is green visually.It is like the eye shadow of Peter Criss(KISS).The taste is sweet.However, it is slightly bitter taste.It is the taste of adult.

If you get a chance to come to Japan,please eat.