Nobody Can Stop Vigor of “Attack on Titan”.That was a big hit.The series began serialization in Kodansha’s Bessatsu Shōnen Magazine on September9,2009.I was being drawn into that.I think that it is the best mangaes in the late years.I could buy the product of that manga concerned in a Japanese convenience store.It is the snack of my favorite character. 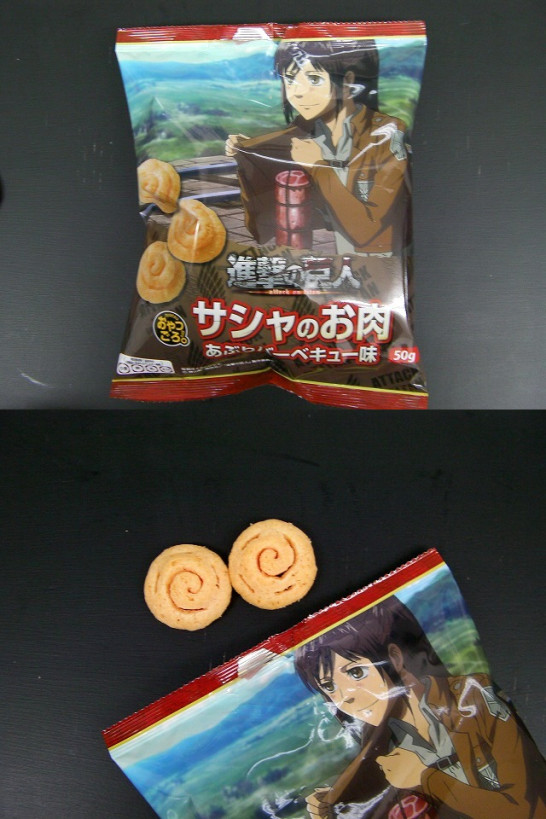 What delicious snack this is!

The snack name is “The meat who Sasha Blouse eat.Taste is a barbecue flavor.Very delicious.This product is sold in a convenience store called Japanese Lawson.Potato Chips and drink in conjunction with “Attack on Titan” are sold as well as a snack in Lawson.http://lwp.jp/skr/campaign/static/skr/ 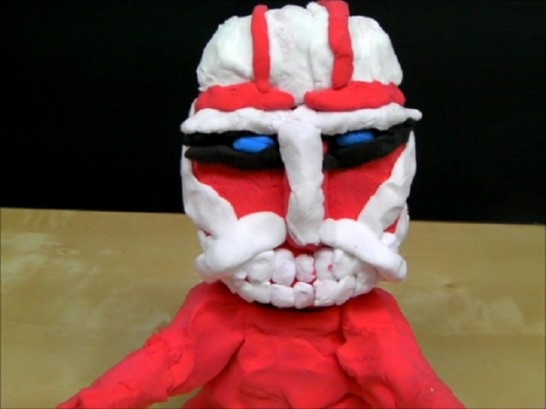 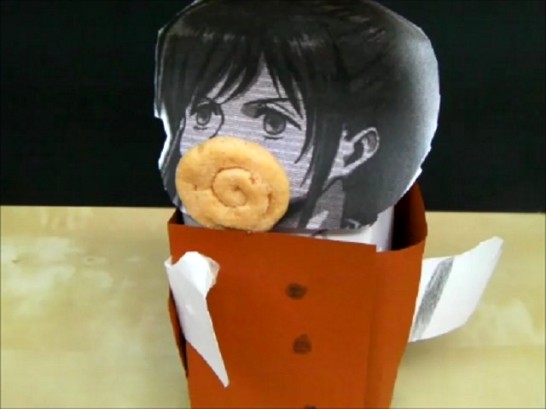 I made a titan with clay because of the joy that a snack was able to buy.I am not good at handiwork.But I made it because I was glad.Tita～～～～n～～～～～.It is the video which Attack on Titan Snack called the meat which Sasha Blouse eat.↓ ↓ ↓