Hideki Matsui’s nickname is “Godzilla.”.He is great.I have watched the game of his high school days on TV.he have a great feeling for baseball.After having joined the Giants, he showed ability by the splendid sense and effort.And he showed ability even if he joined Yankees. 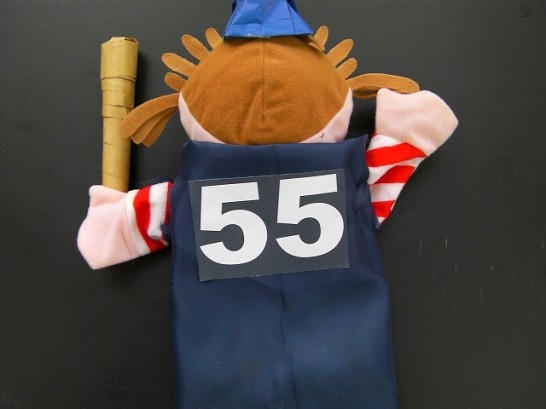 Father of Hideki Matsui sometimes appears in the media.He seems to be very tender.Father of the successful son may be usually insolent.He is totally different.I am interested in home environment of Hideki Matsui.One day I found such a food in a shop.It is “Hideki Matsui’s secret curry”. 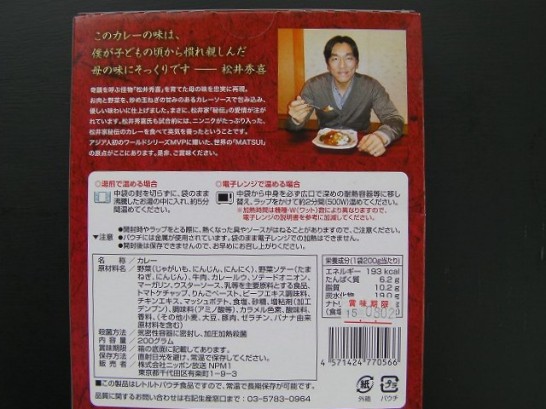 It is curry eaten in the Matsui.I may turn into Hideki Matsui if I eat this.I ate.When I boil hot water and boil it for five minutes and open it, there is a fragrance of the garlic.The smell makes me hungry.I can understand that a body of Hideki Matsui become big.Besides, it is very yummy.If more I eat this after childhood. . . 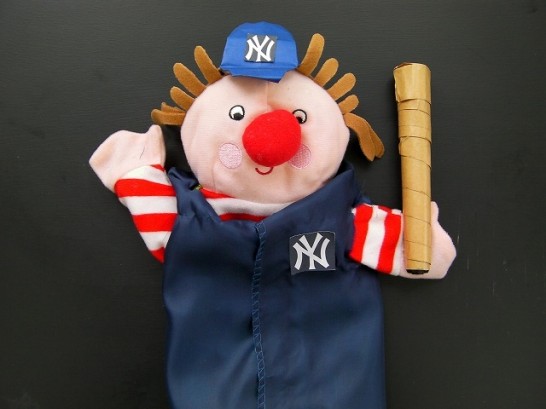