Italian food culture fused with Japan food culture to establish a unique cuisine.It is Spaghetti Neapolitan.It is basic spaghetti in the cafe of the downtown area.It is Japanese food including the elements of the Italian food. 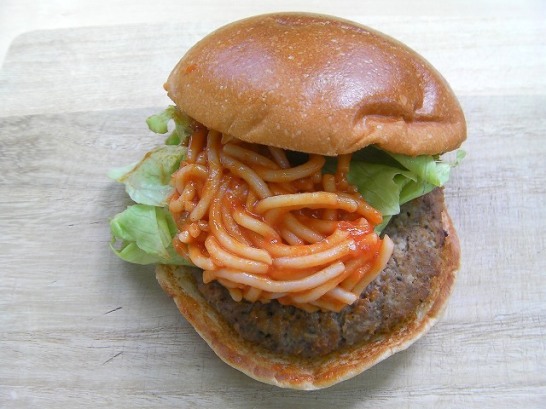 This hamburger is sold in burger shop “LOTTERIA”.”LOTTERIA” sold a ramen burger before.This burger shop sandwiches anything.They will sandwich tempura and the sushi in the near future.And the store’s name will be changed from “LOTTERIA” to “SANDWICHRIA”.