Tempura, sushi, sukiyaki are Japanese food.Shojin ryori is King of the Japanese food in that.Shijin ryori is Buddhist vegetarian cuisine. Natural taste of the vegetables are well brought out. And they are made without guise.Takuan is eaten frequently in Shojin ryori.Takuan is pickled radish.Dried Japanese radishes are pickled in rice and salt. 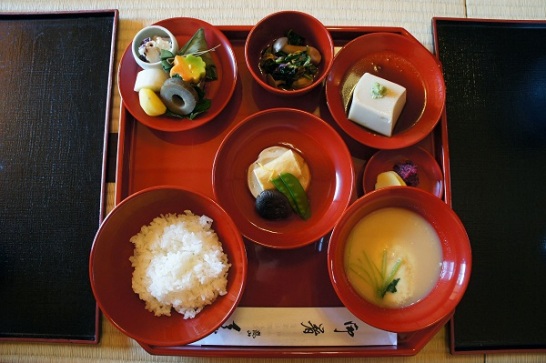 My friend continued eating a menu (rice, Takuan, miso soup) and lost 5 kg in one month.It is the eating habits like the old priest.It is “Shojin” definitely.However, Takuan doesn’t contains abundant nutrition.Besides, the people having high blood pressure should not eat it because salt is abundant.Two slices are just right per day. 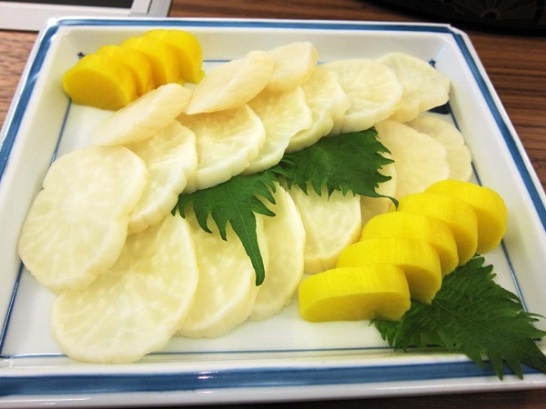 Originally Takuan is preservation food.About 300 years ago, the priest Mr.Takuan devised Takuan to preserve a Japanese radish.And, in the present age, it was canned so that is preserved during a longer period. 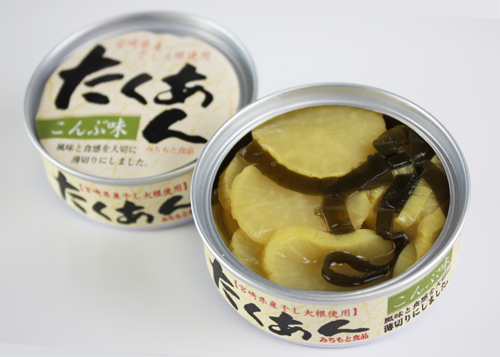