It seems to be gourmet comics published for the first time in Japan.It is comic such as “Roundhay Garden Scene” in the comics world.Possibly it may be the comics that changed the way of the Japanese food.It is the comics that gave such a shock. 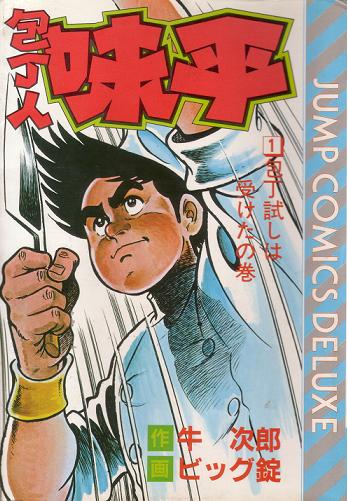 This time, I introduce “Hocho-nin Ajihei”.”Hocho-nin” is a chef.”Ajihei” is the name of the chief character.He overrode his father objections, and becomes a cook.He trains himself at the kitchen and he sometimes play Cook Battle. 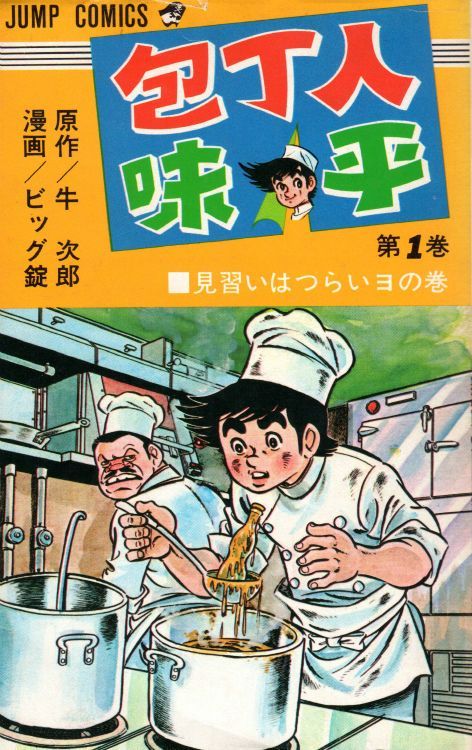 It was published serially in “Shonen Jump” (Shueisha) from 1973 through 1977.Many people came under an influence of this comic.This comic is model of the TV program “Iron chef”.I want you to read this comic if you are interested in Japanese gourmet comics. 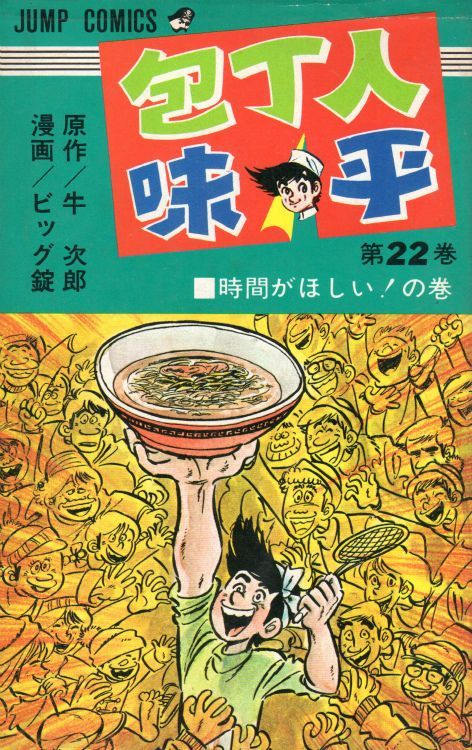