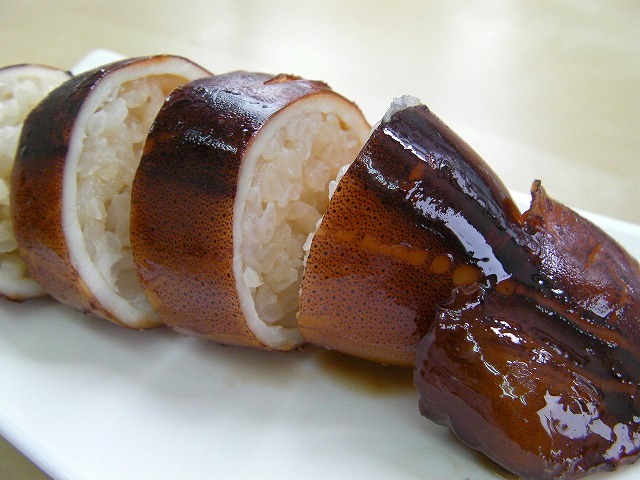 I cook Squid Rice.It is a dish made by boiling squid stuffed with rice.It originated in a small fishing village Hokkaido, in World War 2. Under the wartime food shortage, an Eki-ben(Station lunch box) seller came up with an idea of new dish using small amount of rice and surplus squid. After 70 years, it became one of the most famous Eki-ben(Station lunch box).
refer to http://lang-8.com/452998/journals/1607853 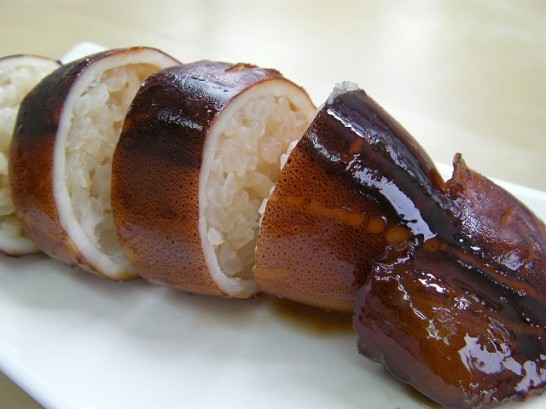 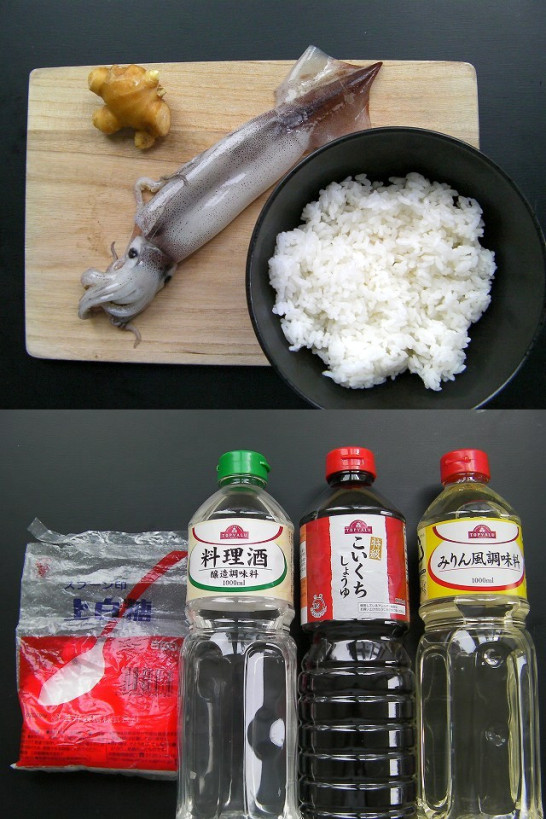 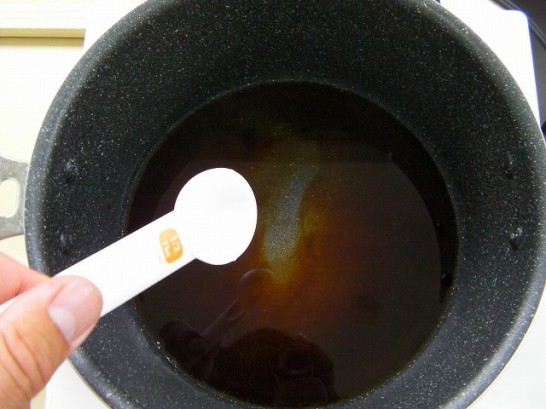 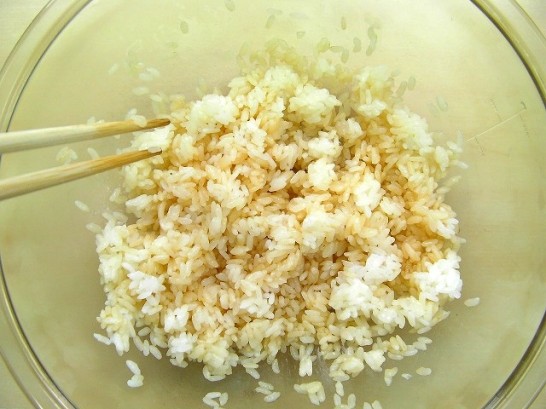 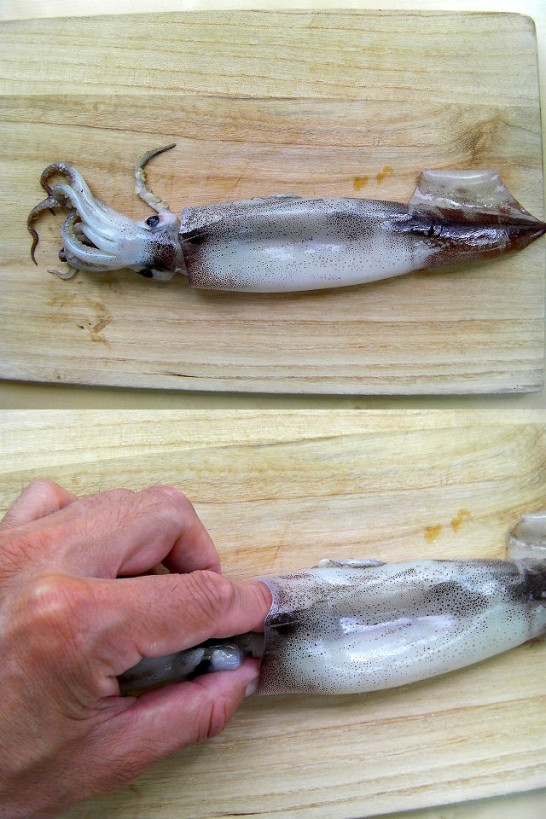 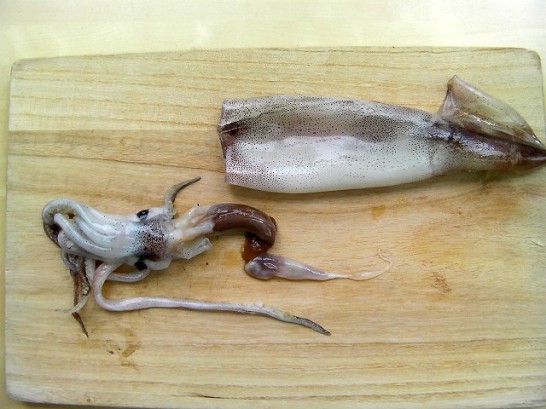 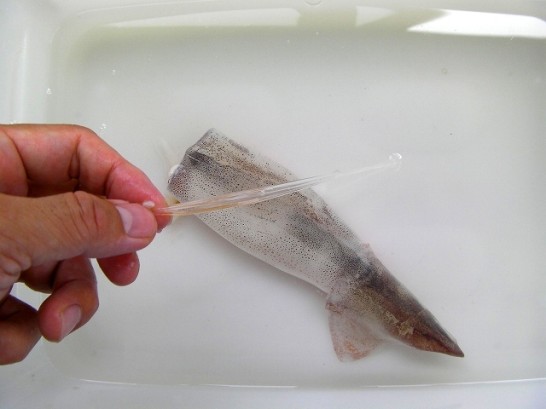 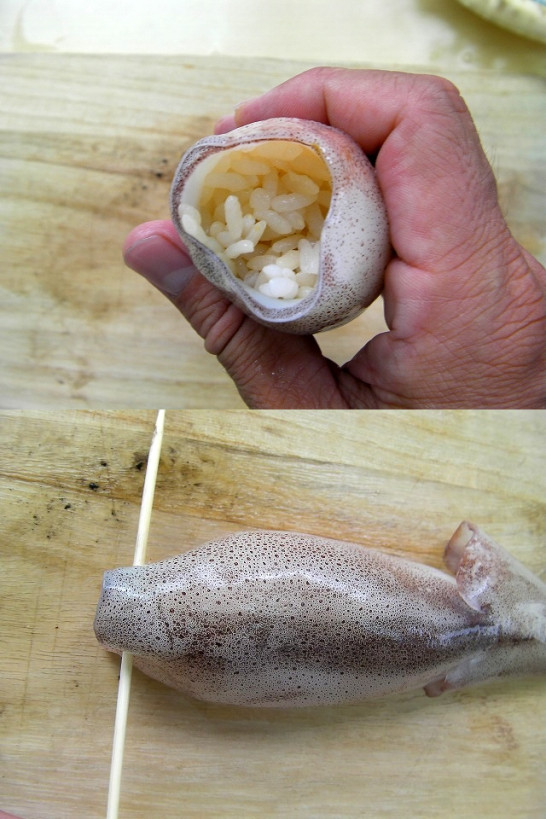 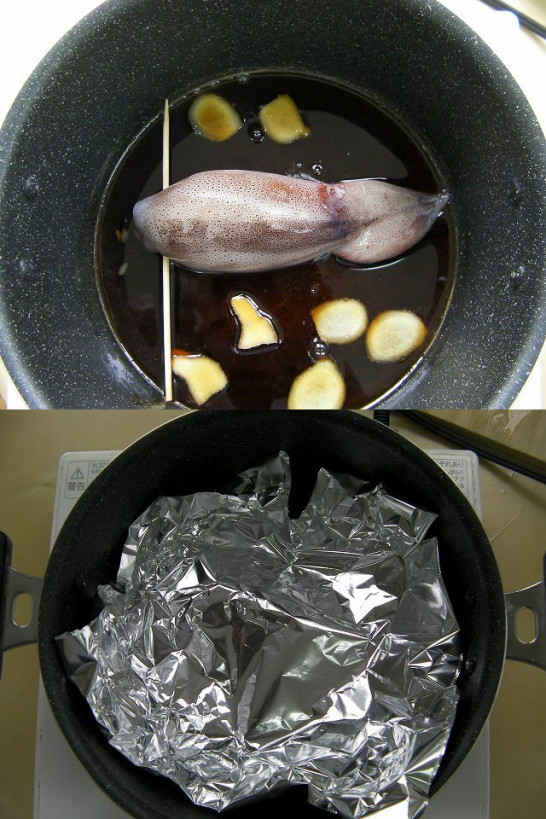 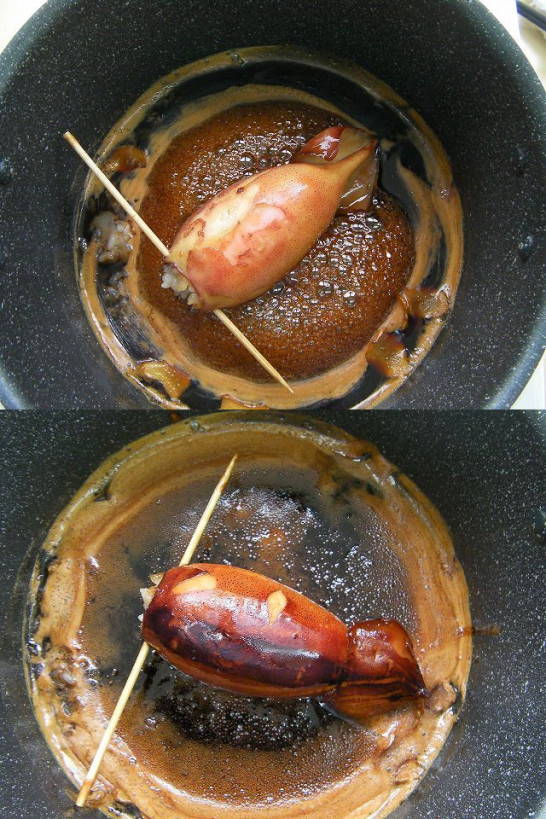 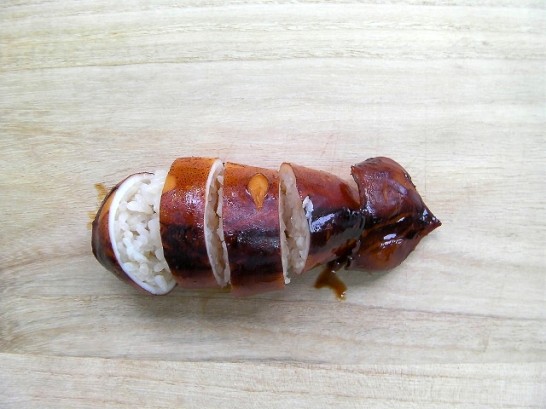 The umami flavor of the squid spreads to the rice as it cooks in a soy sauce flavoring.